The Cambrian explosion, or the biological big bang, refers to an interval of time around 530 million years ago in the Cambrian Period when nearly all major animal phyla began to appear in the fossil record.

The quarry is well known as one of several local sites yielding new species of fossil sponges. “When the lockdown started, I thought I’d make one more trip to collect some last sponges before finally writing them up,” said Botting, “of course, that was the day that I found something sticking its tentacles out of a tube instead.”

“This is the sort of thing that paleontologists dream of, truly soft-body preservation,” said Muir, “we didn’t sleep well, that night.” That was the beginning of an extensive and ongoing investigation that grew into an international collaboration, with lead author Dr. Stephen Pates (University of Cambridge) and senior author Dr. Joanna Wolfe (The Department of Organismic and Evolutionary Biology at Harvard University).

Among the fossils unearthed so far are two very unexpected leftovers from the Cambrian “weird wonders.” Pates met with Botting and Muir to study the specimens using microscopes purchased through crowd-funding to examine the tiny specimens. The larger specimen measured 13 mm (0.5 inches), while the smaller measured a minuscule 3 mm (0.12 inches). For comparison, Opabinia specimens can be 20 times as long).

Exhaustive studies during this visit revealed additional details in the new specimens. Some of these features are also found in Opabinia, such as triangular, squishy lobopod ‘legs’ for interacting with the sediment, and—in the smaller specimen – a tail fan with blades similar in shape to Opabinia’s recently described sister, Utaurora. However other features recognized in the material, such as sclerites covering the head as well as the presence of spines on the proboscis, were not known from any opabiniid and instead hinted at possible radiodont (including Anomalocaris) affinities. The differences between the two specimens led the researchers to wonder were these due to changes during the growth of one species, or did they instead suggest that two distinct species were present in this new deposit?

The genus name Mieridduryn is derived from the Welsh language, and translates as “bramble-snout,” reflecting the spiny proboscis in the new material. It is pronounced like “me-airy-theerin.” “Many scientific names are made using Latin or Greek words,” Muir said, “but we really wanted to honor Wales, where the specimens were discovered, and so chose to use the Welsh language.” The species name bonniae pays tribute to the niece of the landowners, Bonnie. “The landowners have been very supportive of our research, and Bonnie has been avidly following our progress, even attending some of our Zoom updates,” said Botting.

The researchers used phylogenetic analyses, comparing the new fossils with 57 other living and fossil arthropods, radiodonts, and panarthropods, to determine their place in the history of arthropod evolution. “The best-supported position for our Welsh specimens, whether considered as one or two species, were more closely related to modern arthropods than to opabiniids. These analyses suggested that Mieridduryn and the smaller specimen were not “true” opabiniids,” said Pates.

Crucially, these results suggested that a proboscis—thought to represent a fused pair of head appendages—was not unique to opabiniids, but instead was present in the common ancestor of radiodonts and deuteropods (more derived, modern arthropods), and through evolutionary time may have reduced to become the labrum that covers the mouth in modern arthropods. However, the second-best-supported position for these specimens was as true opabiniids, so the authors enquired a bit further to test the robustness of this first result.

“These Welsh animals are 40 million years younger than Opabinia and Utaurora” said Wolfe, “so it was important to assess the implications of some features, such as spines on the appendages or a carapace, evolving convergently with radiodonts in our analyses.” If some, or all, the features shared between the Welsh animals and radiodonts were instead considered to have evolved convergently, the analyses strongly favored these specimens being considered true opabiniids, the first from outside North America and the youngest by 40 million years. Whatever the eventual conclusion, the fossils are an important new piece in the arthropod evolutionary jigsaw.

These small but scientifically mighty fossils are some of the first findings from this important new Ordovician fauna. Botting and Muir continue their work in the small quarry in the sheep field with more still to come. Muir added, “Even the sheep know we are on to something special here, they usually come to watch.”

Contributors to the crowdfunding appeal to purchase the microscopes (including a Holloway Bursary from the Warwickshire Geological Conservation Society) are gratefully acknowledged. Additional funding was provided by a University of Cambridge Herchel Smith Postdoctoral Fellowship, Chinese Academy of Sciences PIFI fellowships (2020VCB0014 and 2018VCB0014). This work was also supported by the National Science Foundation DEB #1856679.

The specimen is accessioned at Amgueddfa Cymru—National Museum Wales. 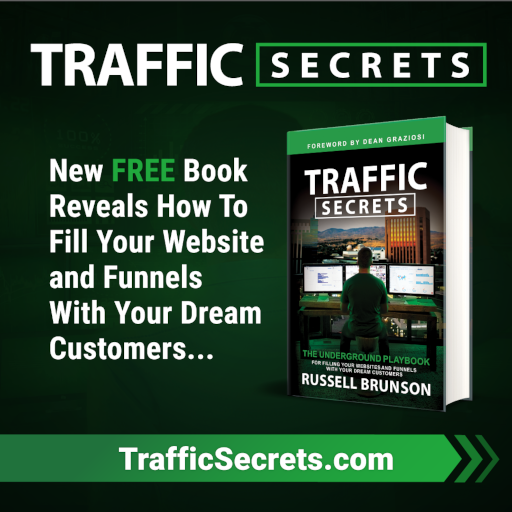 We use cookies on our website to give you the most relevant experience by remembering your preferences and repeat visits. By clicking “Accept All”, you consent to the use of ALL the cookies. However, you may visit "Cookie Settings" to provide a controlled consent.
Cookie SettingsAccept All
FAKE-NEWS POLICY - Ukoliko neka od nasih preuzetih vijesti je netacna, morate kontaktirati xcityx2020@gmail.com i omoguciti 72 sata da provjerimo vasu primjedbu.

This website uses cookies to improve your experience while you navigate through the website. Out of these, the cookies that are categorized as necessary are stored on your browser as they are essential for the working of basic functionalities of the website. We also use third-party cookies that help us analyze and understand how you use this website. These cookies will be stored in your browser only with your consent. You also have the option to opt-out of these cookies. But opting out of some of these cookies may affect your browsing experience.
Necessary Always Enabled
Necessary cookies are absolutely essential for the website to function properly. This category only includes cookies that ensures basic functionalities and security features of the website. These cookies do not store any personal information.
Non-necessary
Any cookies that may not be particularly necessary for the website to function and is used specifically to collect user personal data via analytics, ads, other embedded contents are termed as non-necessary cookies. It is mandatory to procure user consent prior to running these cookies on your website.
SAVE & ACCEPT
VIŠE OBJAVA
VIDEO